End the Farce- Revamp the Meetings

The School Board meetings are a farce and a mockery of our system of a democratically elected republic. The process doesn't allow for REAL parental or citizen engagement. This must change.

Here's how it currently works: The real decisions are made in the "Superintendent's workshop" which is held at 1:00 on the day of the business meeting. There is NO CITIZEN INPUT PERMITTED. Neither you nor I can comment or ask a single question. The workshop is also the place where board members "try out" ideas to get a sense for how a vote would go during the public (televised) business meeting held at 6PM.

They decide (in their minds, but nothing official), but don't vote, in a forum with no citizen input and then later in the evening they  roll the cameras for the "official vote" which is televised. They also have a farcical period of "citizen input" which isn't any thing more than an opportunity to vent. You have three minutes and then the bell goes off and you are finished! It's like an awards ceremony without the music they "play you off".  You are NOT allowed to ask questions of the board during this period and they will NOT answer if you do. It is one-way-communication and it has very little influence on how they vote. Some of the current board members have expressed similar frustration with the current format.

It is so bad that when people REALLY want to get things done, such as the recent impact fee issue raised by Charlie Wilson, they have to go around the School Board and petition the Indian River County Commission. Now they are finally getting results by having a Board Requested Workshop to interact with citizens and staff in a open format. Again, if the workshop happens it is ONLY because the County Commission got involved and politely asked the School Board to arrange the workshop so that citizens can FINALLY interact in a meaningful way with their elected officials and paid staff. Thank you Commissioners! This should be the norm! 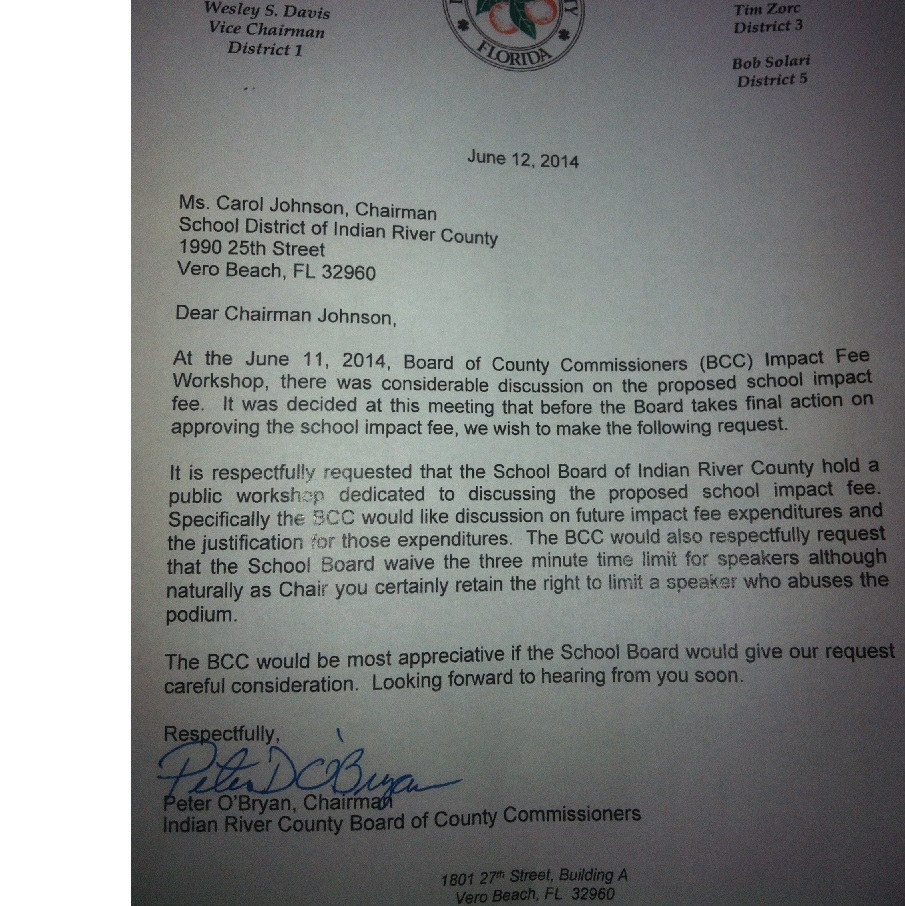 When elected, I will work with the other board members to make our meetings exactly like those held by the County Commission. They are civil and people actually have a chance to express their concerns and REALLY have access to their elected officials.

The three minute rule would become a suggestion, just as it is in County Commission meetings. We need real citizen input, not a dog-and-pony show to make you believe that they are working in your best interest and that you are being heard. Parents and taxpayers must be afforded the opportunity to shape policy.

End the illusion of citizen involvement currently perpetuated by my opponent and vote for the change our kids deserve. Come August 26th if you want to take our School Board back, the choice is simple... Vote For Frost!